My upcoming Spring concert ‘Thinking Of You’ is based on the work of the inimitable Ann Carr-Boyd, one of the Southern Highlands most valued resident–composers.

I first met Ann a few years back when looking for contributions by Australian women composers for our first recording. It immediately became apparent that she was a ‘hands on’ musician who loved to get into the thick of things. Present at our first rehearsal, she put us on the right track over a number of points to do with her song ‘man is so proud’ which called for a harpsichord accompaniment.

What had struck me was that Ann seemed a natural with harpsichord style – a very unusual quality because, as everybody knows, harpsichords are instruments from a different era – 17th and 18th century – and have very little to do with the 20th and 21st. It turned out that Ann had studied harpsichord in London, but, more importantly, had been encouraged to develop this skill immediately on her return to Australia in the early 70’s by harpsichordist Robert Goode. Goode himself (with his group The Consort of Sydney) was at the forefront of the transport of Australian music abroad as part of Musica Viva. On his instigation, Ann was able to contribute vastly to their repertoire….and popularity. The result is a large body of work in which the harpsichord with various and unusual combinations of instruments (violin, percussion, voice, electric organ, guitar) is central.

It’s this material that Thoroughbass has recorded as the Flying West Collection, amounting to over 120 mins of listening time. (Flying West refers to a new work which Ann wrote for Thoroughbass based on a day in the life of a Flying Doctor, for harpsichord, cello and recorder).

Last year we presented some of the more exuberant, not to say, outlandish pieces in the collection (one piece influenced by Aboriginal music is extraordinarily other-worldly). This year’s program focusses more on the intimate and philosophical side of Ann’s thinking.

Taken as a whole, and having got to know Ann through the process of preparing, recording and performing huge amounts of material, it has become apparent that Ann has a secret well of energy most of us would envy. Involved in every activity from arranging and playing duets at Piano Teacher Association Conferences, to composing new works to hands-on teaching, she is never not busy.

Ann’s status as a composer continues to flourish in Australia and oversees. In October she and I have been invited to present a concert devoted exclusively to Australian composers at the Geelvinck Festival in Amsterdam. This festival of early keyboard instruments calls on keyboard players from around the world to present music from the instruments’ origins to the present. Much new music is now being written for ‘old’ instruments with the realization that they have their own voices and need not apologize for being ancient. And Highland’s Ann Carr-Boyd has contributed significantly to this state of affairs.

Following this is the Summer concert; ‘Cock Crow: Rosemary Dobson in Words and Music’, which also focuses on a female local identity.

Rosemary Dobson had a special connection with the Southern Highlands. She was educated at Frensham School Mittagong, when its founder Winifred West was building her particular brand of schooling with its emphasis on women’s equality. Rosemary was highly influenced by and indeed retained a life-long gratitude to Winifred West for her education at Frensham. She even spent time as a teacher there before embarking on her studies at Sydney University.

About a year ago, when my sister was sorting through some bookshelves preparing to move house, she came across a bundle of our mother’s effects. It included an old vinyl recording called ‘Poets on Record’. This particular issue was by Rosemary Dobson, now recognized as one of Australia’s leading poets, who sadly died 4 years ago at the age of 92.

Rosemary and my mother had been firm friends for many years, dating from when Rosemary lived in one those spacious Federation houses at Barry St Neutral Bay. I remembered my mother telling me that a mutual friend of theirs Hazel de Burgh had the inspired idea of asking poets to read their own work as part of an historical record of poets of the age. Quite a number of recordings were made and are now kept in the National Library of Australia.

With some interest I listened to and read the eight poems on the recording. Chosen and read by Rosemary they covered an eclectic range of subjects but a few of the things that struck me as a reader was how they resonated with universal truths today, and how in tune they are with the lives of women. And while the language was dense, it was not so dense as to be impenetrable.

Now with great enthusiasm I researched Rosemary Dobson and her work. At some point, I remembered my mother telling me that she lived in Canberra, and indeed both she and her publisher husband Alec Bolton, are recognized as notable Australians at the National Library of Australia. Contact with her youngest son Ian Bolton (himself a musician working in New Zealand) revealed the fact that her complete life-times’ output had recently been published as Rosemary Dobson Collected. And there it was, on the shelf at Gleebooks.

Inspired by these wonderful poems, but focussing only on the original 8 of the recording, I felt that a concert of Rosemary’s words matched with music would be both a personal venture in memory of our mother’s friendship and an opportunity to re-discover these poems in a musical setting. So the music that I’ve chosen reflects some aspect of the poem, in one way or another. Perhaps not surprisingly, most is composed by Australians, and some of these are women. 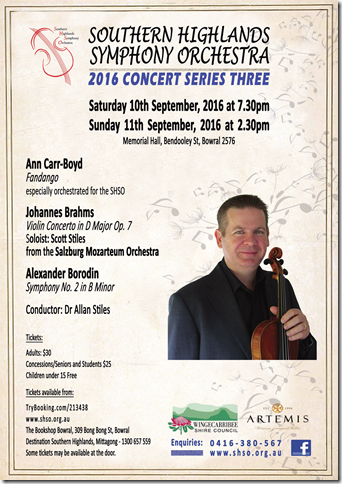 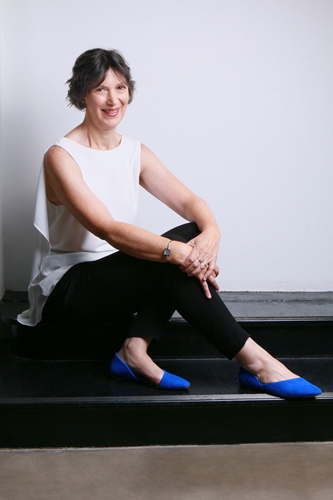 One may well wonder – a recital of contemporary Australian music on early keyboards performed in Amsterdam, The Netherlands, and Broken Hill, outback Australia.

Making her international debut at the Geelvinck Fortepiano Festival in Amsterdam in October playing harpsichord and square piano, Diana is delighted to present the same program in Broken Hill (renowned as an artistic hub) on a beautiful Lipp piano at Broken Hill Art Gallery – a recital of music based on folksong and dance by Ann Carr-Boyd, Elena Kats-Chernin, May Howlett and others.

For other events in the Geelvinck Festival, Diana will pair with festival director Michael Tsalka for programs devoted to multiple keyboards and contemporary works, present a workshop on the challenges of playing contemporary music on early keyboards, and, in a special broadcast, go live to air on Dutch national radio.

Diana Weston is a pianist and harpsichordist living in Sydney. She directs an early music group called Thoroughbass which regularly gives concerts in Sydney and rural NSW and which has a number of recordings to its credit. Thoroughbass is mostly all about music from the seventeenth and eighteenth centuries but often music from the here-and-now creeps into their programs. It’s hard to tell which is more popular. Diana loves the connection and intimacy with her audience that a small venue allows and enjoys telling something about the process of how the music came about.

Diana was delighted to discover the beautiful Lipp piano at the Broken Hill Art Gallery when she stayed recently, her husband being an occasional Flying Doctor. She will play music by living Australian composers, a program to also be performed at the Geelvinck Festival in Amsterdam later in the year.

The Laughing Kookaburra A collection of light-hearted and whimsical pieces by Australian composers inspired by folk-tunes, dances, games and toys.

Our next concerts will be held on:
Saturday 25th June at 7pm and Sunday 26th June at 2.30pm
Please note the earlier time for the Saturday concert.

As previously advised the June Concert Series will be two GALA EVENTS. Advertising material to follow.

GALA EVENTS
Quintessential Rodgers and Hammerstein with permission by ORiGiN Theatricals.
These concerts will be raising funds for Alzheimer’s Australia and String Scholarship/s. It will feature Nicholas Hammond from the film, The Sound of Music, Tabatha McFadyen (soprano), Lotte Latukefu (mezzo), Richard Lane (tenor), Stephen Wheatley (baritone) and the SHSO chorus.

I am playing my duets with fellow composer Joanne Burrows from Wagga, who also contributed to the duet books along with Jo Kotchie, who lives in Perth.