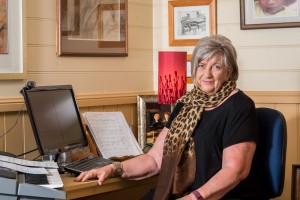 Ann Carr-Boyd is an internationally acclaimed Australian composer whose music is truly Australian, but embraces her close connection with European music through her family of professional musicians from Bohemia. Her musical style is often classed as ‘chameleon’ and is the outcome of this inheritance.

Her compositions cover a broad genre. In 2008, her 70th birthday celebrations reflected this in a series of concerts and compact discs produced throughout the year. Performances included:

Music and personal history information about Ann Carr-Boyd can also be found at the State Library of NSW Archives:
http://www.acmssearch.sl.nsw.gov.au/search/itemDetailPaged.cgi?itemID=888327